Well done to the 10 year 3 boys and girls that finished in 2nd place at the Plumstead Manor benchball competition on Wednesday 1st February. The team played 4 matches winning 2 (4-1 and 4-0), drawing 1(3-3) and losing 1 (1-0). The way the team passed and moved the ball was excellent to watch and they all should be very proud of their efforts. 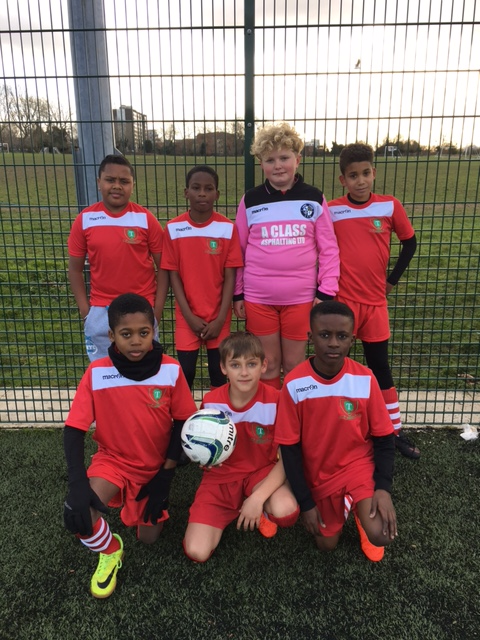 On Tuesday 7th February the year 5/6 football team travelled to Meridian sports ground to compete in the annual Greenwich football tournament.  The team played 4 games in the morning winning 1, drawing 2 and losing 1. All the games where extremely tight but Timbercroft just couldn’t find there scoring touch. After lunch the team had four more fixtures, winning 3-0, 4-1 and 2-0 and losing one game 1-0. It was safe to say after lunch the team had found their scoring touch and that showed in their results, with the team eventually finishing joint 1st in their group. The team where excellent through out and played some wonderful football. 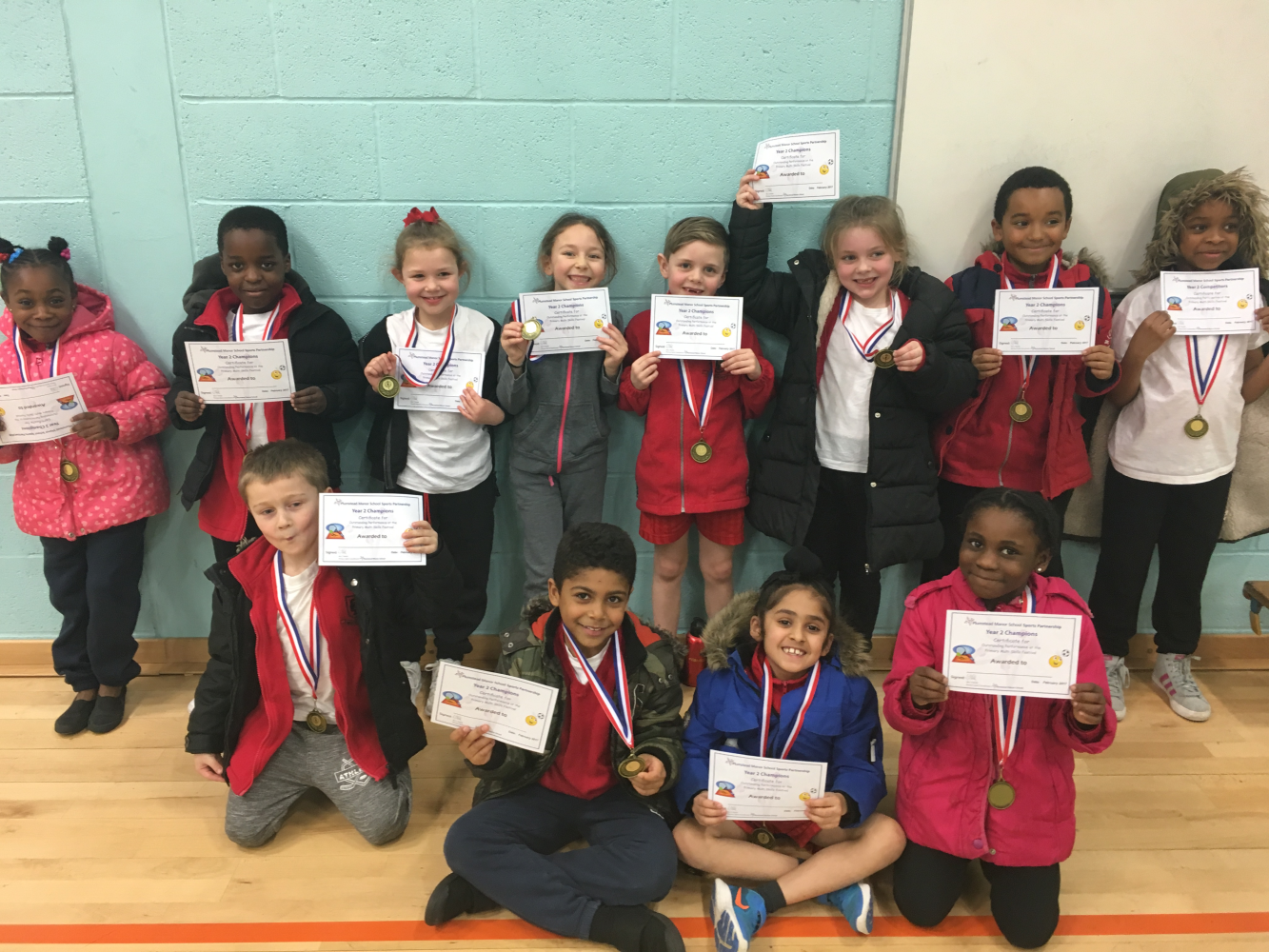 A massive well done goes to the 12 year 2 children who won the multi sports competition at Plumstead Manor on Friday 3rd March. The children competed in six different events such as skipping, balancing and running. Well Done team!! 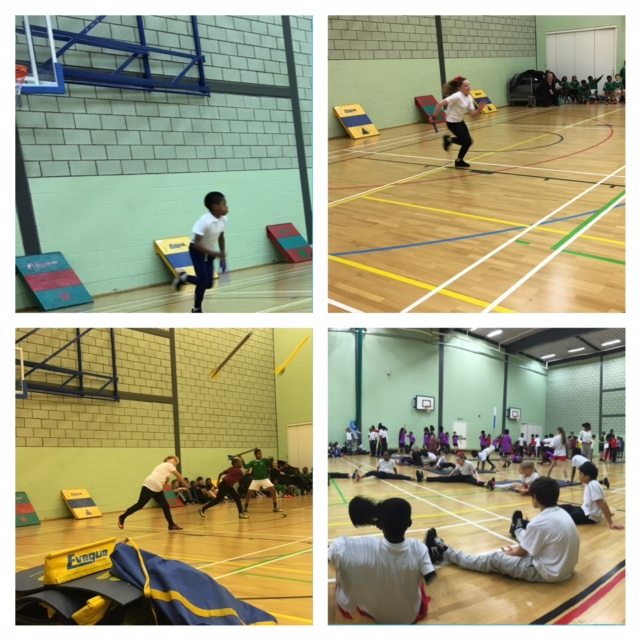 A big congratulations goes to the 17 year 5 and 6’s that represented Timbercroft at the Greenwich sports hall finals. The team finished 4th overall which was a massive achievement as 32 schools entered the athletics competition. Some excellent scores were recorded by the team, including first place in the boys 1x1 lap relay, 2nd and 3rd place in the girls and boys 2x2 relay and 2nd place in the boy’s javelin.

In the last event of 2016 9 year 6’s represented Timbercroft at the annual Greenwich tag rugby tournament. In the morning the team played 3 seeded games winning 4-0, drawing 1-1 and losing 2-0 eventually finishing 2nd in group B. After all the morning games had finished the scores were counted and Timbercroft would be in group B in the afternoon and play against three other schools who finished 2nd in there group.

After lunch the second round of games started and every game the team played was very even and the scores showed how close the games were. The team won their first game 2-1, followed by a 1-0 loss and their last game ended 1-1.

It was an excellent effort by the team who show great team work throughout.

Congratulations to the 8 year 5/6 pupils that competed in the Plumstead manor cross country. It was an excellent effort by all 8 pupils who ran and finished the 900 meter course. The results showed how well they all ran, with the boys finishing 3rd and the girls finishing 4th overall.

On Thursday 24th November 18 pupils from year 5/6 travelled to Eltham hill to compete in the Greenwich sports hall athletics competition. The boys and girls where picked to represent Timbercroft in different track and field events. The aim for the children was to finish in the top two, if they could do this they would make the finals in January and have the chance to represent Greenwich in the London youth games. The afternoon started really well with the girls winning the obstacle race followed by the boys winning the 2+2 relay. Once the track events had been completed it was over to the field events, where Timbercroft scored some impressive results; Robert 1st in javelin, Shae and Ayras 1st and 2nd in speed bounce, Nicole and Ola 2nd in Standing long jump, Jannutel and Ayras 1st  and 2nd  in vertical jump.

The score’s had been counted had Timbercroft done enough?

Congratulations to the athletics team!

The finals will be held at John Roan on Wednesday 25th January 2017. 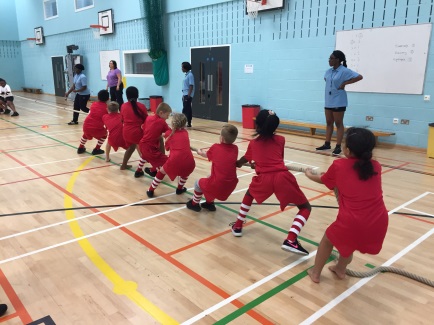 Well done to the 8 year 4 boys and girls that competed at the Plumstead manor tug of war competition on Friday 11th November. The pupils played 4 matches winning 2 and losing 2, eventually finishing 3rd overall. The team showed great determination and character.